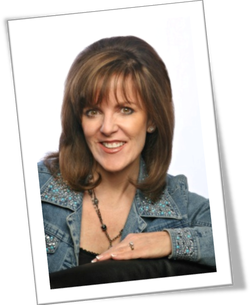 • Creator of the PowerMoves Kids Program, the first Character Education & Fitness Program for the classroom (used in public schools, private schools and home schools throughout the U.S. and Canada). Our slogan: "Winning the War Against Childhood Obesity -- with CHARACTER!"

• Having grown up as an overweight child,  Laurette is keenly aware that overcoming obesity takes more than learning how to follow a diet and exercise program. "Children and adults have to change their 'want-to,'" she says. "Development of the 12 Core Values found in the PowerMoves Kids Program is a great way to develop and nurture the nature of the Overcomer every child can be!"

• Dr. Laurette is the developer of the Storytelling4Schools program for the Oklahoma Arts Council. She partnered with the OAC as a Touring and Teaching Artist from 1993 to 2012.

• Laurette is the author of several fitness-related books and DVDs for Harvest House Publishers including The Busy Woman’s Guide to Total Fitness.

For over twenty-five years, Laurette Willis has been invited to speak to groups as diverse as:

• The Smithsonian Institute aboard the Delta Queen Riverboat;   and

• The President and nation’s Governors at the 85th Annual National Governors’ Association Conference.

• An award-winning actor and playwright, she studied Theater Arts at New York University, and worked as an Artist on the Touring and Teaching Rosters of the Oklahoma Arts Council for 20 years.

• As a Keynote Speaker, Laurette ignites her messages with a unique blend of heartfelt encouragement, touching personal stories and side-splitting humor.

• Laurette’s comedic edge was sharpened Off-Broadway in the 1980’s as an improvisational comedienne, where she earned the nickname: “The Woman of 101 Voices!”

• As a playwright and Director of DoveTale Productions, Laurette was famous for bringing history-to-life in over 20 original one-woman shows and ensemble productions for a variety of community & historical organizations since the early 1990s.

• From 2007 - 2011, she directed and performed in the summer outdoor drama she wrote for the Cherokee Heritage Center and National Museum, Under the Cherokee Moon, near her adopted hometown of Tahlequah, OK, capital of the Cherokee Nation.

• She has presented Keynotes, Workshops for Staff Development and Master Classes at schools and universities around the United States.